Is It Possible to Stop a Bomber Drone?

Home > NEWS  > Is It Possible to Stop a Bomber Drone? 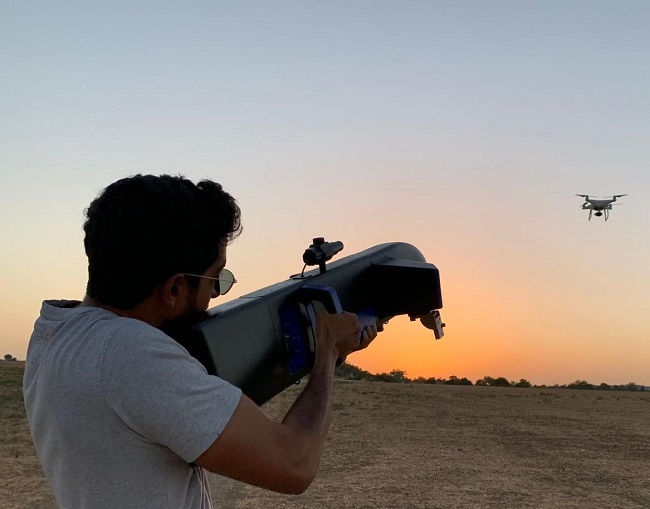 Is It Possible to Stop a Bomber Drone?

As the name implies, a bombing drone is an unmanned aerial vehicle (UAV) that may be used for drone strikes. They fall under a bigger subset of combat drones that serve target acquisition, surveillance, reconnaissance, and intelligence gathering purposes.

Though they are unmanned, bomber drones are never purely automated. Instead, humans tend to be controlling them in real-time from a remote location.

Of course, this means that there is immense weight reduction when compared to typical aircraft since all the necessities a human pilot would have been a non-factor here.

Below is a brief look at the concept of stealth bombers and how disabling these units works.

In a perfect world, bomber drones would embody the true definition of stealth. As you can imagine, this means completely avoiding detection by targets. A potential compromise can spell an unsuccessful end to a mission in progress.

A great example of such a compromise is the US Air Force’s RQ-170. Back in December 2011, one of these models had crashed on the Iran-Afghanistan border. Of course, the Iranians wasted no time in scooping up the wreckage and getting to work on engineering their version of the technology.

Not only were they able to produce copies, but they were also able to improve on the design. That’s the reason the RQ-180 exists today. These models are intended to be stealth spy drones, but what does stealth mean in this case?

Most people equate drone stealth to its ability to avoid radar detection. Though satellites have pretty much total visibility, there is no flexibility in the way they operate, which partially contributes to detection avoidance built into some designs.

Radar technology operation is quite simple. You can think of it as a signal that bounces off aircraft, indicating its position and providing tracking capability.

However, this becomes way more difficult with drones that feature a smaller footprint, hence the idea of their being stealthy.

The problem with this myth is that it doesn’t factor radio frequencies into the equation. Certainly, autonomous control requires a level of frequency-based communication, which, if pin down, can be jammed with the appropriate technology at hand.

Nevertheless, doing so does present an increased level of difficulty when compared to simply using radar identification for drone detection.

What Would You Need to Disable a Bombing Drone?

You could theoretically classify the equipment here under drone detection and drone disruption categories. The former is concerned with identification while the latter focuses more on putting detected drones out of commission.

There is quite a bit that falls on in the monitoring equipment category. First, there are radio frequency analyzers that use antennas and a processor to both receive and analyze radio waves using a spectrum. In most cases, this provides make and model identification. More advanced RF analyzers can even provide drone and controller triangulation.

A microphone array may also be used to detect drone sound and provide direction calculation. Of course, the effectiveness begins to decline in more noisy environments.

Optical sensors boil down to cameras and may use infrared or thermal imaging. Of course, while they can help with identifying the drone and its payload, false alarm detections and terrible performance in low visibility conditions are to be expected.

Radars can’t be ignored here, and are used to detect a drone’s position and direction by sending out a signal and listening for the reflection. As indicated before, these are almost exclusively built for tracking larger objects.

This is a countermeasure that sends an unmanageable amount of frequency-based energy after a drone, which prevents the controller signal from getting to the unit. When this happens, the drone may land, return to home, fall to the ground, or take off in a random direction.

The effect depends on the manufacturer. Note that this is a short-range countermeasure and there isn’t an accurate measure of the effect this technology is going to have on a drone.

An anti-drone gun is exactly what it sounds like. These are meant to shoot at a UAV. The shots in this case may be physically destructive, or they may provide a burst of RF signal technology.

Phantom Technologies’ Droneshoot 800 is a perfect anti-drone gun example. It’s a jammer that neutralizes all drone communication, even including its GPS. With simultaneous disruptions of signal types such as GPS-L1, GPS-L2, ISM, etc., the Droneshoot 800 provides safe neutralization of all frequencies for up to 10 minutes on a single charge.

The design requires manual operations, and has a surprisingly flat learning curve, meaning using it is barely an inconvenience for newer operators. Targeting is no challenge, considering the gun carries a compass and GPS for its operator’s benefit.

An anti-drone EMP is very much like traditional EMP types, providing disruption functionality to the electronic circuitry present in a drone. With the use of an antenna, the pulse can be properly focused, preventing collateral damage.