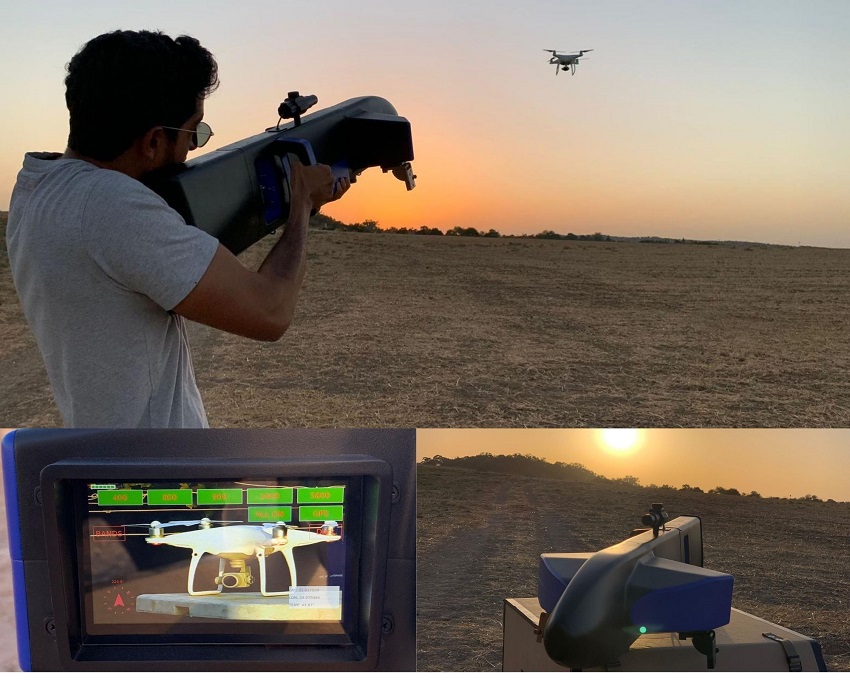 Consumer drones have become a growing threat to military forces worldwide, and in recent years, there has been a lot of attention paid to countering drones. In 2019, the Pentagon announced that US forces now have full legal rights to shoot down commercial or private drones it deemed a threat.

Since then, many local communities have been notified that any UAS (Unmanned Aircraft Systems) entering military airspace could be destroyed or seized.

How Do Terrorists Use Drones?

On multiple occasions, ISIS forces in Iraq and Syria have used drones retrofitted with grenades to provide makeshift booby straps or destroy armored vehicles from above.

Even unarmed, the surveillance capabilities of most commercial drones could pose a significant threat to military personnel or facilities.

It could allow the adversary to obtain footage in the hope of planning a future attack. Even more worrying is that this technology is experiencing rapid miniaturization, which means drones are getting smaller and more agile.

Let’s discuss more on how to locate and disable drones safely from within your facility.

Various technologies are used to identify drones entering a restricted area, and these devices come in all configurations. Blocking and disabling a drone is done through a similar technology used in cellular GSM jamming.

Once the drone is located, it is up to military forces to act by disabling the device safely to prevent injury to civilians. By knowing where the Unmanned Aircraft System is, teams can diverge the drone or shut it down.

Some weapons fire a net used to trap and add weight to the drone bringing it down with a parachute.

Although short in range, the benefit of this approach would be seizing the aircraft to allow for forensic testing in the hope of finding vital intelligence.

Assets and military facilities are not always isolated, which could pose a threat to the public. In most cases, there is a significant risk when destroying a drone when people are around, especially if those drones are rigged with hazardous material or explosives.

Drone jamming technology works by interfering with the controller’s RF directional signal and giving military personnel access to the UAS. Technology like this is often used to protect sports stadiums when there are significant events where a terrorist could pose a potential threat.

Directed energy is also an option, but it’s still in the experimental stage. It comes with its limitations and drawbacks, which include limiting the distance the shot travels. “This is something that might only be employed to military vehicles in the next five to eight years,” said Col. (R) John Haithcock, director of the US Army’s Fire Battle Lab.

This direction RF interference drone gun can block all drones’ communication frequencies, including GPS and WIFI. It interferes with drone WIFI and GPS communications systems such as GPS-L1 by transmitting RF signals.

When these signals are blocked, the unauthorized drone is neutralized and begins to descend to the ground, where it can be retrieved. This unit can jam all frequencies together for at least six operations for 10 minutes per time.

The charging time is 60 minutes, and the Droneshoot 800 can hold down six drones for 10 minutes on a fully charged battery.

Additional features include a touch screen with a GPS and compass, which is conveniently located in the line of sight and allows you to adjust the system’s settings accordingly.

This unit has a short learning time for users and can effectively jam drones up to 1,200m away under any weather conditions. It can be easily transported in its Pelican Case and doesn’t require any special maintenance.

Armed forces worldwide have started to use the Droneshoot 800 because it complies with MIL-STD and is sold by a highly recognized company known as Phantom Technologies.

Drone technology is miniaturizing at an astonishing rate, and the amount of drone attacks in recent years has grown exponentially. Asset and military bases worldwide have been employing directional RF block and jamming systems to get UAS threats under control.

Overall, drone detection and defense are of the utmost importance in a world when terrorists are using commercial UASs for criminal acts.